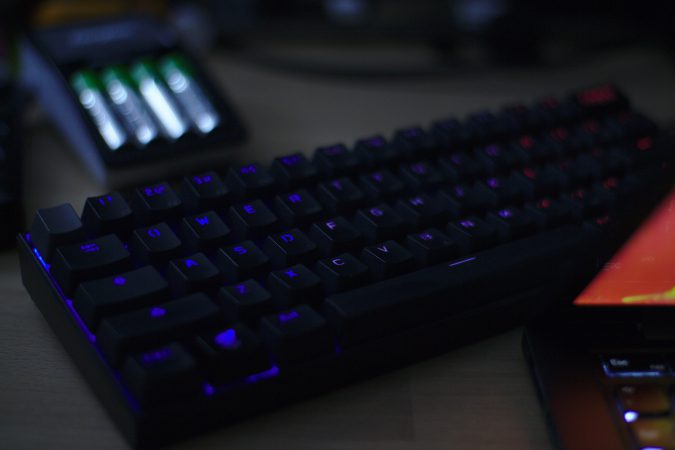 Mechanical keyboards have been a standard up until the late 1990s, when manufacturers discovered that people didn’t really care about quality, but rather price. This meant that they could make new keyboards for a fraction of the price. This meant the rise of membrane keyboards, which dominated the market for almost the entirety of the 2000s. In come the 2010s and the resurrection of mechanical keyboards. This brought upon confusion to many people, because they had no idea what to purchase and why. Here is a guide on mechanical switches, which to buy and why.

They are linear, as the name might suggest, and nothing interrupts the switch on its way up and down. The actuation force, or how much power you need to press a key, is measured in kilo Newtons or grams. The heavier the switch, the more power you need. Most people dislike this and avoid heavy switches like Cherry MX Blacks, Cherry being the standard other switches are measured by (unless you ask r/MechanicalKeyboards on Reddit). With that being said, Cherry MX Red and Black are the switches of choice, as well as the now defunct ALPS, if you can find any, or Gateron Clear or Black models.

Tactile switches allow you to feel when you have pressed a key, meaning you get tactile feedback. Of those, Cherry MX Browns are the most famous. Kailh Brown switches are another type you could try, if the MX Browns are not your cup of tea. Matias, once again, makes copies of the famous Alps switches, meaning the Matias Quiet Click. They have a higher actuation point, and are tactile, but silent.

The clicky keyboards are what people consider to be the true mechanical keyboard, at least most of them. Clicky keyboards have a piece of plastic or metal, hitting another piece of plastic or metal, on the downstroke, which makes a click. Examples of these switches are MX Blues, Greens, Kailh Blues, Matias Click switches, once again based on the legendary Alps, as well as Gateron Blue and Green switches.

Which Switches to Get?

This has been a breakdown of mechanical switches and with this knowledge, you can seek your next keyboard without fear of getting the wrong one.